Two common formats for this is OMF (Open Media Framework) and the newer AAF (Advanced Authoring Format). They have both been developed by Avid so this is probably one of the reasons Pro Tools can handle these formats better than Logic, but Logic can import both OMF and AAF as well as XML, however it might not work in the way we would like it to.

So it makes sense to have a good understanding about the workflow between all these NLE’s and Logic Pro X.

Picture lock does not mean “mostly picture locked”. It’s relatively easy to drop some frames in a video edit, but in the audio world with the importance of sound flows, to re-edit and re-mix can be anything from a light headache to almost impossible, especially in Logic where you cannot make a reconform. Make sure the picture is truly locked before starting with the sound. Truly 100% locked. Timing that is, if a picture gets changed later for another similar picture, that can be ok as long as it does not change the overall timing.

Why Apple ProRes 422 Proxy 720p or 1080p? The common H.264/mp4 format works in Logic but uses more CPU, can cause picture latency (usually 1-2 frames off) and is not as pixel-accurate. Proxy and 720p makes the video file size a lot smaller and with more than good enough quality for most sound design. You can do 1080p if you have a more powerful computer and you feel you do better work with a more high quality image. I do all my work on a Macbook Pro 14″ M1 Max 10-core CPU 32 GB RAM laptop and it works great.

OMF, AAF or XML export is the most efficient workflow between picture and sound. You get all the sound files located at the correct time on your timeline on the right tracks with correct naming and other metadata intact in the same organization as the editor’s timeline and there’s extra handles for cross-fading. At least this is how we want it to be, in the so called perfect world which we might not have using Logic. 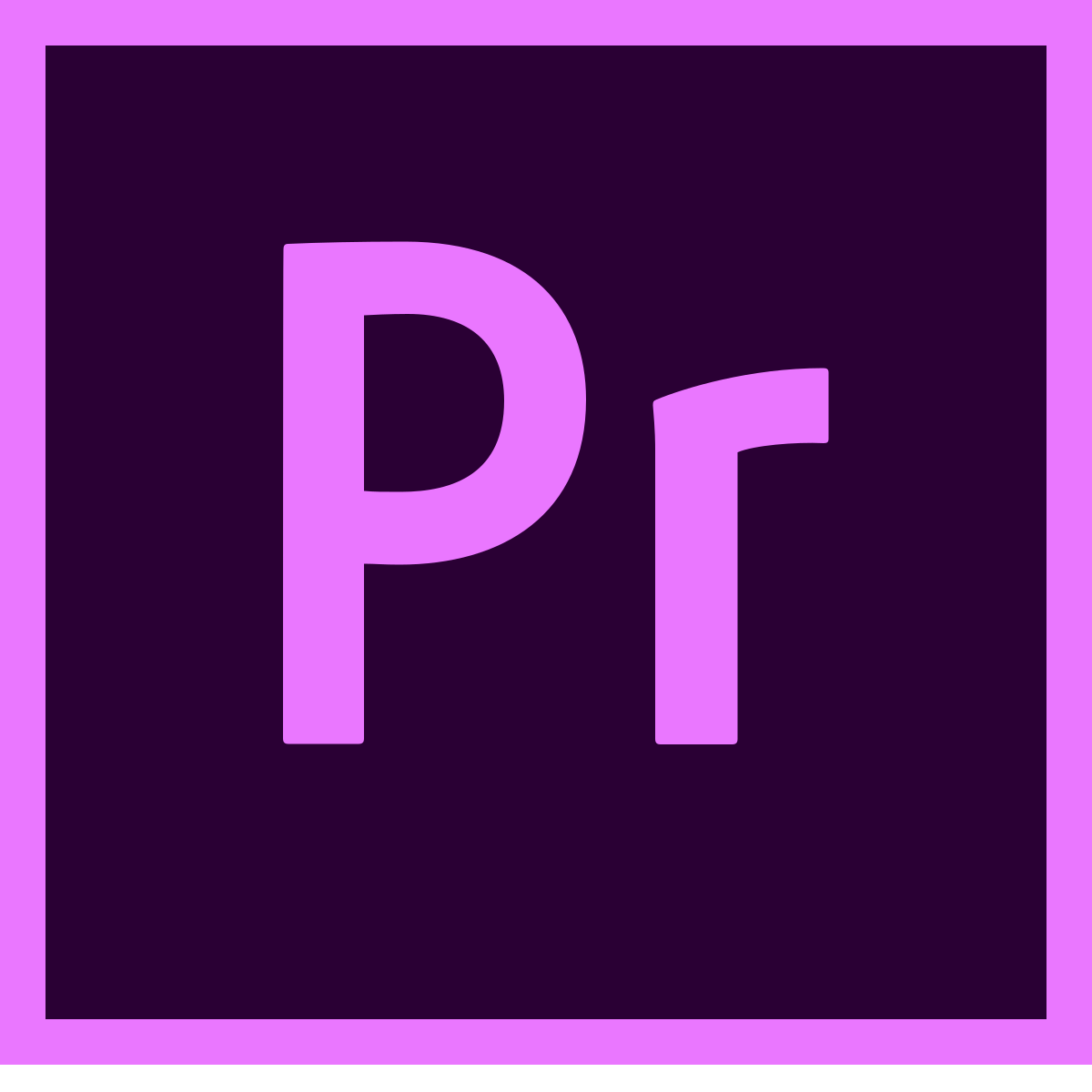 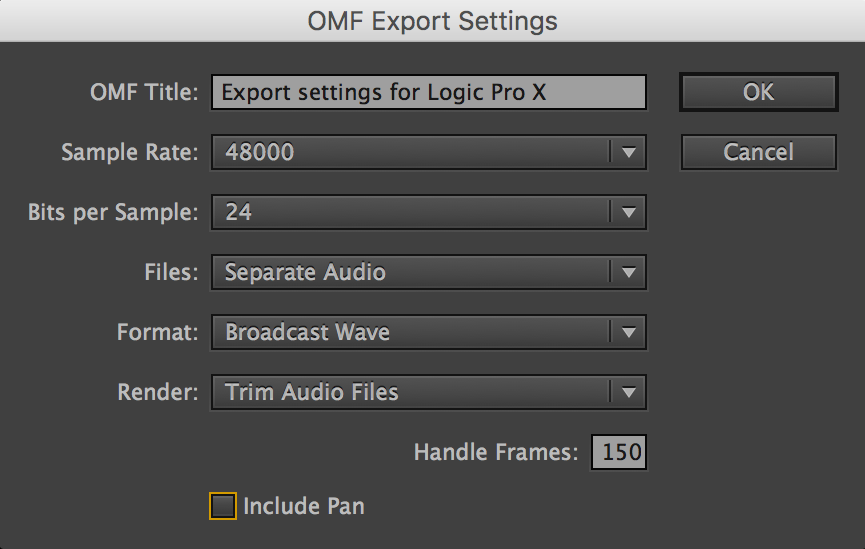 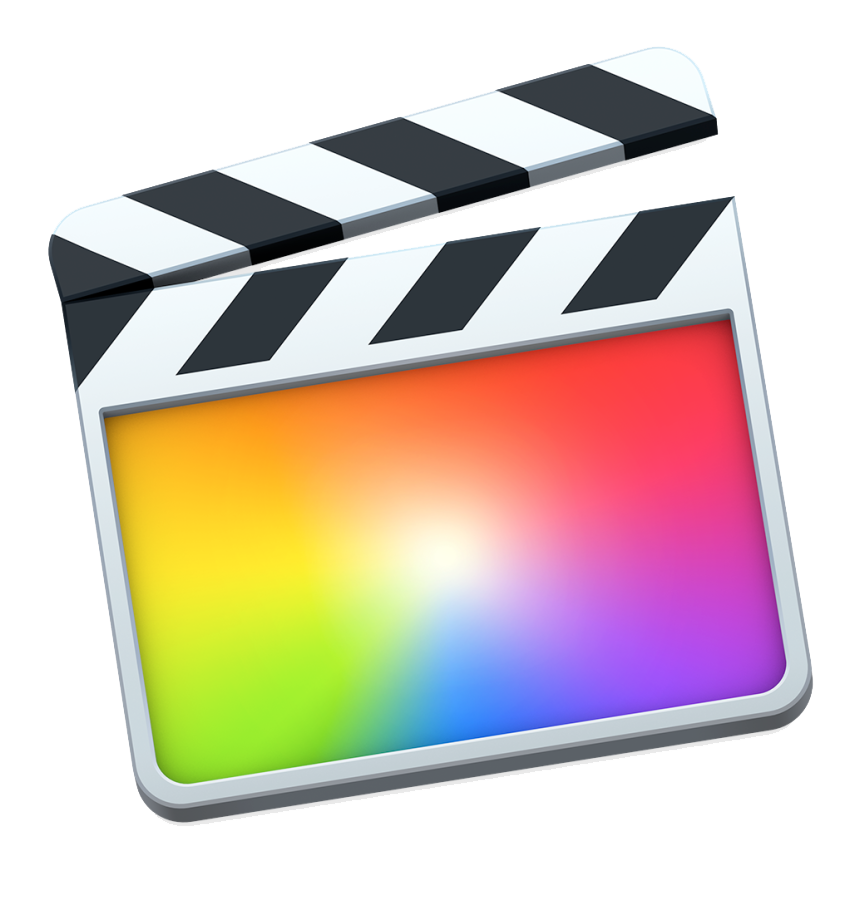 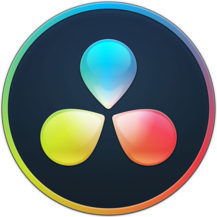 You can now do an AAF export using the Pro Tools preset.

And this is an example of this workflow:

What you can do, what you cannot do and how it seems to work and not work:

– Muting an audio track in Resolve does nothing for Logic. However, if you are muting a track then stereo region seems to get doubled on top of each other in Logic. Mp3 and mp4 clips will get distorted if you are muting a track. So basically: DO NOT MUTE ANY TRACKS IN RESOLVE. Further testing with another project showed that muting a track actually removed everything from that track from the AAF export. Highly confusing. Well, just don’t mute anything, you can remove everything you don’t need in Logic anyway.

– Muting a clip in Resolve removes the clip from the AFF export.

– Clip volume settings in Resolve (also using keyframes for volume automation) does nothing to the clip volume in Logic. This I think is a good thing.

– REMOVE ALL FADES IN RESOLVE. This is very annoying but the fades create huge sync and handle problems. Let’s say you make a 2 sec fade in on clip 5 on track 3. In logic clip 5 will have no fade, and it will be at least 2 sec off sync and all the clips after will also lose sync. Very problematic.

– You get correct handle length (if you do not use fades in Resove!)

– Region placement is correct (if you do not use fades in Resolve!)

– Regions can get double or even tripled on top of each other. To have the cleanest possible session in Logic, I would remove these and this is time consuming and we all know we don’t have this time in audio post. Try to get the video editor to be very strict and organized about track layout in Resolve. Mono clips on mono tracks, stereo clips on stereo tracks. Absolutely no fades. Use track names.